Join us on August 12th for the latest installment of The Vibe, a monthly jazz series held at the Hawai‘i State Art Museum, in partnership with the Dae Han Ensemble, featuring Alika Lyman with guest artists!

On the grand lanai, Pau Hana Painters will return, along with several food vendors and our bar, sponsored by the Friends of HiSAM!

Alika Lyman is a bassist, guitarist, composer and teacher with over 20 years of experience, hailing from Honolulu, HI. He has lived and worked professionally in Seattle and more recently, in New York City as a sideman and leader. Alika has studied the classical style on both instruments and considers himself a lifelong student of jazz.

Alika has shared the stage and recording studio with many talented artists. He released two albums with the Alika Lyman Group (2013 Self-Titled and 2014 Lei’s of Jazz Vol. 2). He went on a six-year hiatus, working corporate gigs and walking amongst his heroes in NYC while waiting for his next concept, and found it in his latest project, Alika & The Good News. Upon returning home to Hawai‘i in 2020, Alika reunited with long-time friends and colleagues in the garage where it all started.

Jason Gay, originally from Washington DC, began performing professionally at age 16, touring various major cities with the musical and theatrical youth group “Uprising,” operating as leader of its jazz component. He then moved to Boston where he attended Berklee College of music and studied with Joe Viola, Tomo Fujita, and George Garzone. During this time, Jason went on to win first place in the NAACP competition for “Best Instrumentalist” also placing first in the  Joe Kennedy Jr. competition.

Later, Jason served eight years as a Unit Leader, saxophonist and Clinician in the US Navy band where he offered workshops and led musical groups across America as well as in Australia, Singapore, Vietnam, Cambodia, Philippines, Hawaii and Guam. After leaving the Navy, Jason took a three-year deep dive into the study of traditional Chinese folk songs, transcribing, listening, and reinterpreting the melodies.  This study led to his first self produced album “Jason Gay Dynasty” released in 2017, which is available on all streaming platforms.

Jason has collaborated and performed with Mos Def, Medeski Martin and Wood, Ravi Coltrane, Mulgrew Miller, Steve Lacy, Jeremy Pelt, Drummer John Blackwell and The Temptations. He is based in Honolulu, Hawai‘i and is a highly sought after saxophonist performing with a wide variety of groups on Oahu, Maui and neighboring islands. For the past several years, he has been exploring the relationships between blues guitar concepts and how they relate to the saxophone.

Travis Oh is a freelance trombonist, born in Hawai‘i. His musical journey started at a young age with piano, voice, and guitar lessons. He was introduced to the trombone in middle school and continued his studies at the University Lab School as a classical trombonist. He was awarded a full scholarship to the University of Hawai‘i at Manoa where he continued his classical studies while playing with the Wind Ensemble, Orchestra, and Jazz Band.

Since then Travis has had the privilege to play with world-renowned musicians like: Eric Miyashiro, Jimmy Borges, Martha Reeves, Benny Rietveld (bass guitarist for Santana), Raiatea Helm, New York artist Rob Scheps, Michael Paulo, and more. With his diverse background in musical styles, Travis has performed with such groups as: The Harry James Orchestra by Fred Radke, The Glen Miller Tribute Orchestra, Honolulu Symphony and Honolulu Symphony Pops, and various local artists. In 2020, Travis became an artist for Butler Trombones.

Travis continues his music career as an educator, composer, band leader, and guest artist. Travis is currently working on his first album to be released in 2023, “Slide Effects.” 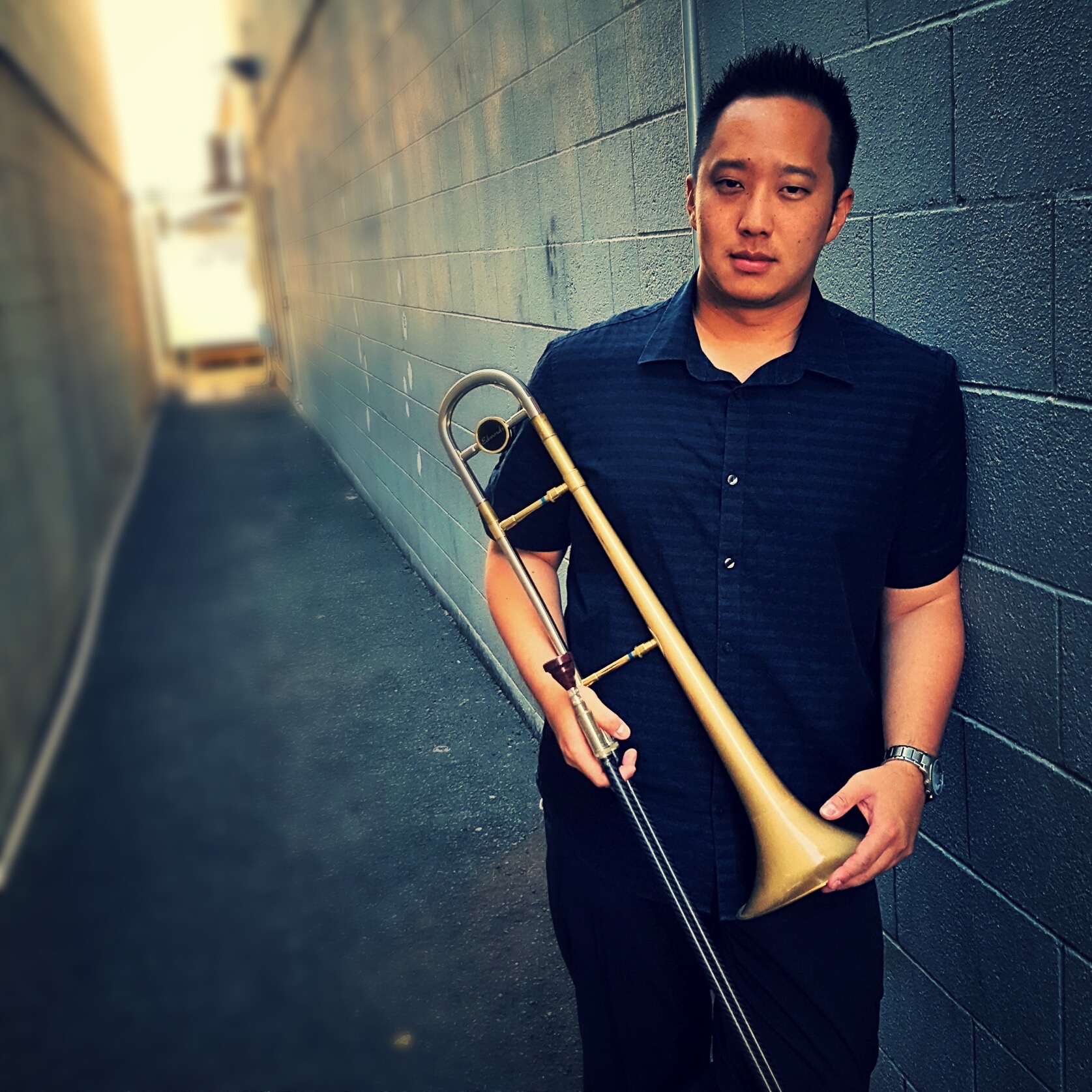 Dae Han’s swift, technical style on the drums compliments every situation, from jazz and funk to R&B, reggae, and hip hop. Dae Han is the unsung backbone behind progressive Honolulu acts and international artists. He’s the go-to drummer whenever Japanese rapper Shing02 tours the US and Asia with a full band. In 2019, Takuya Kuroda tapped Dae to organize a band to support the Brooklyn-based trumpeter’s gig at Blue Note Hawaii. Dae also recently teamed up with guitarist Gilbert Batangan and bassist Mark Tanouye to open for Khruangbin. Every year he organizes an always impressive jazz-forward tribute to the late J Dilla.

There is no parking on site. Parking is available at nearby lots, including across Hotel street in the Ali‘i Place building (enter at 1099 Alakea Street, cash only), across Richards Street at Iolani Palace, the Kalanimoku Building, Kinaʻu Hale/Department of Health, State Capitol basement, Honolulu City Municipal Parking, and metered street parking in the area.

Free accessible parking stalls are available in these locations for persons with disabilities: